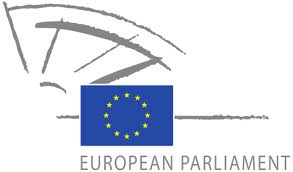 EU bank supervision system must be strong, accountable and inclusive

The committee kept to its pledge to vote its position on EU banking supervision rules on time. The vote gives its negotiating team a strong mandate to hammer out a deal with the Council, which is expected to adopt its negotiating position at the 4 December ECOFIN meeting.

“We have adopted a constructive position today: banks in trouble will be able to access funds, non-Eurozone countries will have equal rights, and we have  kept to our deal by delivering our position on time”, said rapporteur on ECB supervisory powers Marianne Thyssen (EPP, BE) after the vote.

recognition that there are different types of banks, and democratic accountability”, said rapporteur on changes to the European Banking Authority (EBA) Sven Giegold (Greens, DE), adding that the ball was now in the Council’s court.

The Commission proposal would make the ECB supervisor responsible for all the Eurozone’s 6,000 or so banks, with help from national supervisors.  The committee position stipulates that the ECB would be most directly involved with banks receiving public assistance and those posing a systemic risk, whereas other banks would be supervised by national authorities monitored by the ECB. Draft supervisory decisions by national authorities would be deemed adopted by the ECB unless it rejected them. However the ECB would always have the power to undertake direct supervision of a bank if it felt the need to.

The legislation  as proposed by the Commission would give sweeping supervisory powers to the ECB, at least over banks in the Eurozone. The committee voted to balance these powers by strengthening the accountability provisions so as to impose strong controls on the ECB’s supervisory arm.

The text also provides for the setting up of a Board of Appeal to hear complaints by parties with grievances arising out of ECB supervisor decisions.

Today’s position would also give all countries taking part in the system equal voting rights in the ECB Supervisory Board.  Moreover, the ECB Governing Council, the only body where non-Euro countries cannot participate, would not have the power to change proposed Board decisions. Instead, it could only ask the Board to submit a new decision. This would allow non-Eurozone countries to retain influence over decision making at all times.

The position also provides for various degrees of involvement of non-Euro countries with the ECB supervisor, ranging from “close cooperation”, through signing memoranda of understanding, to remaining outside the SSM but still interacting with it.

Finally, MEPs changed the proposed voting arrangements within the EBA so as to reduce inequalities between countries within the SSM and those outside.

Parliament is now ready to start negotiations with member states to hammer out a deal on the two texts. Talks could begin next week, if the Council gives the Cyprus Presidency its negotiating mandate in time.

This website uses cookies to improve your experience while you navigate through the website. Out of these, the cookies that are categorized as necessary are stored on your browser as they are essential for the working of basic functionalities of the website. We also use third-party cookies that help us analyze and understand how you use this website. These cookies will be stored in your browser only with your consent. You also have the option to opt-out of these cookies. But opting out of some of these cookies may affect your browsing experience.
Necessario Sempre abilitato

Any cookies that may not be particularly necessary for the website to function and is used specifically to collect user personal data via analytics, ads, other embedded contents are termed as non-necessary cookies. It is mandatory to procure user consent prior to running these cookies on your website.